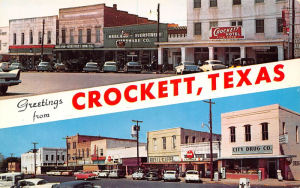 A set containing every Motown #1; from every U.S. and International chart and from every genre adding up to a staggering 191 tracks that hit the top, plus 10 bonus tracks whose cover versions were #1. These classic, memorable performances come from 50 different Motown artists from all eras. The great music that came out Detroit was fantastic and it crossed over to all races and people. How can you forget the Supremes, Stevie Wonder and Smokey Robinson and the Temptations.
favoritefavoritefavoritefavoritefavorite ( 2 reviews )
Topic: motown label

01. We cover all the bases here if you're a female vocalist/song writer fan, a bit of blues with Susan Tedeschi, Jazz is represented by Melody Gardot, Madeleine Peyroux & Lizz Wright. Alt Country has Lucinda & Pieta Brown, on the Indie front we have Joan As Policewoman & Cat Power & Folk has Rosie Thomas, Laura Marling, Jonatha Brooke & Lucy Kaplansky. 02. Some great songs here even if I say so myself. My favourite Ray Charles song, a wonderful Rick Danko song along with...
Topics: ear candy, radiodave

01. The initiatory journey of two idealistic bonvivants in search of financing for a film imagined by them and that will lead to a crazy spiral full of delirious situations, cameos in bulk, dreams, desires and the inevitable failures. As one of those in the game says "A kind of reckless flashback where the way of seeing the world and life by each of the characters will mutate as does, inexorably, the life of each of us". 02. 1. Crosby, Still, Nash & Young - Our House 2. Carole...
Topics: laurel canyon daze, california, sunshine, pop, folk, singer-songwriter, psychedelic, cosmic country

Running Deep, the Roots of King Sunny Adé By  Femke Van Zeijl Oct. 23, 2015 The nocturnal walk home through Lagos would take him up to two hours, after he had played all night at the West End Coliseum, a popular nightclub on Lagos Island. After trekking the 1,640-foot-long Carter Bridge across the lagoon back to the mainland, he would take a break for some window shopping at Bhojsons. This Indian-owned store used to be the place where well-to-do Lagosians bought their wedding gifts. Nowadays...
Topics: juju, king sunny ade, nigeria

Scott Walker sixties/seventies discography mashup.   A 2019 New Yorker piece written shortly after Walker's death below.   Postscript The Weird and Vast and Periodically Devastating Music of Scott Walker There are a handful of niche artists whom I love to play for friends who have never heard them before. Music critics are infamous for these sorts of overbearing displays—smugly dropping a needle to a record and then staring, expectantly. It’s awful! Yet the first time that a person hears...
favoritefavoritefavoritefavoritefavorite ( 1 reviews )
Topic: scott walker

01. Welcome to The Band: A History.  Ronnie "The Hawk" Hawkins recounts the legendary singer from Arkansas role on music history, specifically rockabilly and his role in developing the sound in Canada through Canadian musicians. Moreover, the episode looks at how Hawkins put together a group of musicians that later went on to become the legendary roots-rock group, The Band 02. This week we dive deeper into the legendary roots-rock group, The Band after they left Ronnie Hawkins....
Topics: the band, robertson, helm, danko, hudson, manuel, dylan, hawkins

Cruisin' - A History Of Rock N' Roll Radio 1955 - 1970 The word cruisin' doesn't appear in the dictionary, but it's a familiar word to millions of people who did it. CRUISIN' THE FIFTIES AND SIXTIES, is a year-by-year recreation of pop music radio during the years 1955 through 1970. Each album is not just a collection of the top pop music of a particular year, but a total recreation by a top disk jockey (of that year) doing his original program over a major pop music station. That means actual...
favoritefavoritefavoritefavoritefavorite ( 2 reviews )
Topics: cruisin', 1956-1970, american radio

So it's FFF again already and it's been another funky run this month so we'll close it out with a customized collection of  Beastie Boys  instrumental cuts and various backing tracks. For over two decades these "rappers" [Michael "Mike D" Diamond (vocals, drums), Adam "MCA" Yauch (vocals, bass) and Adam "Ad-Rock" Horovitz (vocals, guitar, programming)] have also played instruments and collaborated with additional musicians to produce music that was far...
Topics: beastie boys, instrumentals

KINK (101.9 MHz also known as kink.fm) is a commercial FM radio station in Portland, Oregon. It is owned by Alpha Media and it airs an Adult Album Alternative radio format.  Although KINK's format has evolved over the years, its sound, philosophy, target audience, marketing, and community involvement have remained fundamentally consistent over its 50+ year history, a rarity in commercial broadcasting. Many of KINK's DJs have been associated with the station for decades. In the vernacular of...
Topics: kink radio, portland

The track list/artists tell the story.  It's a very good one. The songs, sadly enough, are out of sequence but this is most of what you'll hear. Blaxploitation films appeared in the early '70s, in the wake of Melvin Van Peebles' groundbreaking independent film Sweet Sweetback's Baadasssss Song. Van Peebles' angry masterpiece was a serious, even dangerous work that established that raw, independent African-American films would find audiences. It also happened to have a funk soundtrack --...
favoritefavoritefavoritefavoritefavorite ( 1 reviews )
Topics: funk, soul, blaxploitation, just plain good

One of the greatest producers of the early Blue Beat, Ska, and Rocksteady era, Duke Reid established Trojan sound systems to play records which eventually led him to establish a studio and discover some of the greatest acts in Jamaica in the late 50's and 60's. Four CD's with a whole disc of rare and hard to find music. If you love early reggae and Jamaican music, this is the only way to access and learn about the great Duke Reid's epic production work with some of the best artists of...
Topics: blue beat, ska, rocksteady, jamaica

01. “Musical Episode: Get Yourself Together” Evening Everyone. Psyched to be putting up my first hour long mix since I accidentally stopped posting them a year or so ago. The frustrating part of writing about these records is I want to give each one a lot of attention and dig into the record a little more than just listing the song title, artist and label but when I’m putting twenty of them together in succession like this mix it’d be a friggin book if i wanted to dedicate even three...
Topics: soul, funk, r&b

01.  Lynchland wants to celebrate the talent of Ennio Morricone, who worked on over 500 films and only recently received an Academy Award for Best Original Score. The Lynchian mixtapes concept wouldn't exist in the first place if we hadn't noticed the italian Maestro's influence in popular music and decided to expand our horizon from there, thus opening the gateway to a world of unlimited discoveries.  02.  Part II of our tribute to Ennio Morricone, featuring tracks by Gianfranco Reverberi...
Topics: morricone, lynchland

The King as on would wish to remember him.
Topic: elvis presley

I think they call these things rockumentaries.  As you might have guessed, this new documentary is about Nirvana. Well, not so much about  them  than about what lead to them. The Road to Nirvana explores the succession of events that reinvented alternative american rock throughout the 80s, paving the way for a group of charismatic Seattle junkies to become the biggest band in the world and change the face of music, for better and for worse. In the first part of The Road to Nirvana, Mark...
Topics: a road, nirvana, cobain, grunge, punk, post-punk